An old style sailing ship on the ocean during a massive storm. The bow dips on the downward side of a huge wave, pitching men and supplies forward, sliding helplessly along the deck. A sailor clings to the bottom of a mast desperately. He has blonde hair drenched with sea water. Wave after wave slams the side of the deck, slapping him full in the face over and over again. He wears a heavy coat with long sleeves and a wide collar. It’s dark grey or navy blue, hard to tell. All around him men scream and flail as the boat gets tossed like a toy on the raging ocean. Ahead of them, a wave swells, at least 10 stories tall. The water is black and dotted all over with small foamy crests of white. The sailor stares at it, his face a mask of terror. Another sailor slides past him on the left as the boat dips again, dropping straight down into the dark valley below. Up above them the sky is a relentless iron gray, covered in boiling cloud cover. The ship pitches sharply to the left suddenly, about to capsize. It’s a gigantic ship with many masts and huge cream-colored sails, so full with wind they stretch taut, like full bellies about to burst. The sailor begins to lose his grip, even though his rough hands are big and strong. He clutches at the wooden mast, trying to dig his fingernails in. He can’t hold on. The forces shattering the ship are too violent. Splinters of wood pierce his palms as the mast is wrenched free from his grasp. He flies through the air, weightless and for a long, long terrible moment, peaceful as a leaf floating on a summer breeze. He passes over the side of the deck, barely glimpsing the other men being swamped by gallons of water. His back hits the surface of the wild ocean and he sinks fast, aided by the heavy boots he wears and the sodden clothes full of absorbed moisture. As he goes down, an enormous blue whale swims past him. It’s easily as large as the doomed ship above, if not larger. A small eye swivels briefly to catch the tiny figure of the sailor as it travels to the bottom, arms and legs outstretched. The sailor is already gone. His blank eyes are empty and hollow. His fingertips graze the whale’s side as he goes by with a feathery goodbye touch. The whale continues on its path, it’s gargantuan tail steering it like a rudder. It makes its way into the murky black of the deep ocean, becoming smaller and smaller as it gains distance. Soon, only the diminishing fan of its tail can be seen, glimmering faintly. And then all is still far below the waves, once again. 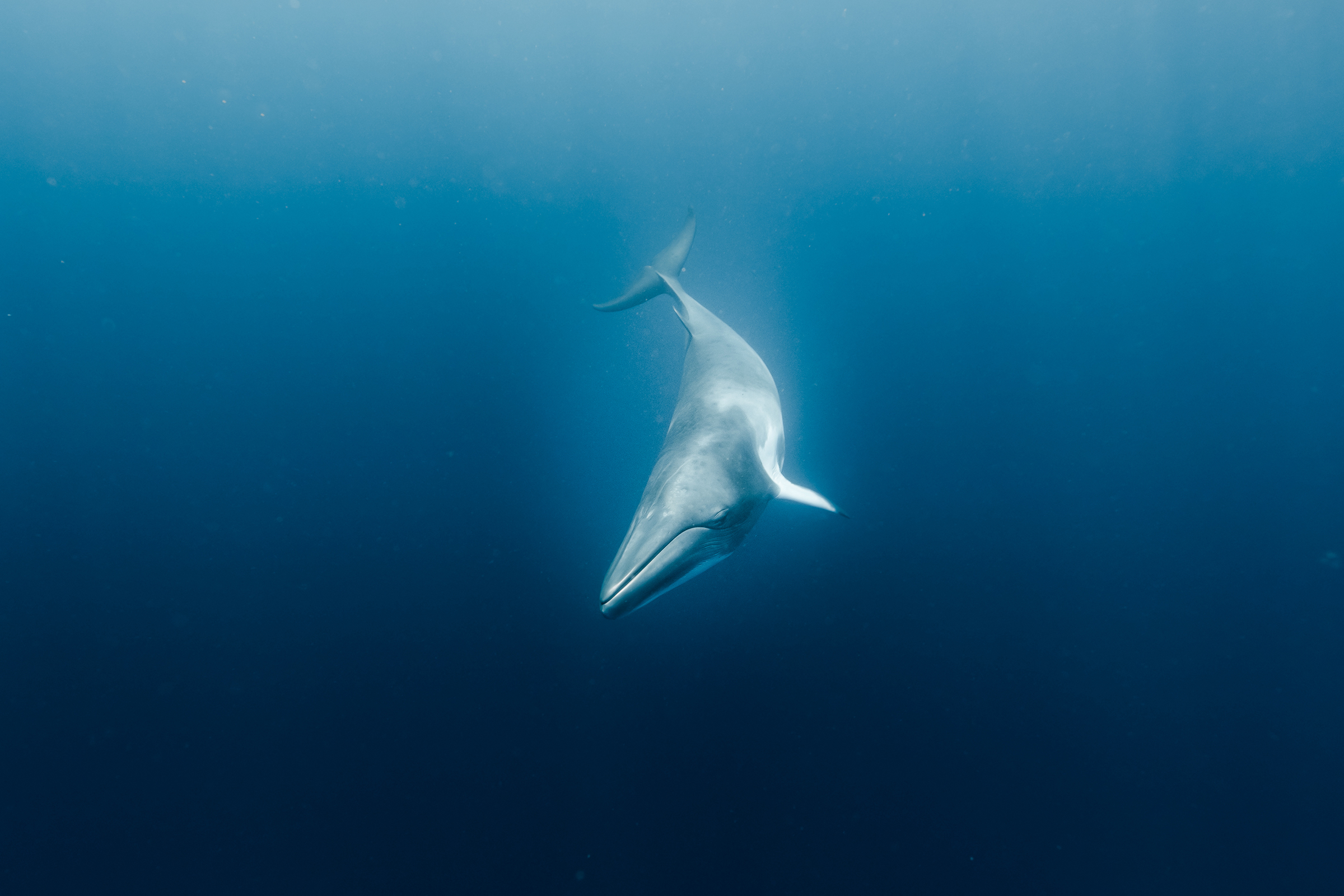